On May 12th and May 19th, 2017, we visited La Tijera K-8 School in Inglewood, California. We introduced seventh and eighth grade students to the study of geophysical fluid dynamics (GFD) and how this pertains to our everyday lives. Like many other areas of science, studying GFD involves the extensive use of scientific models and, to this end, we brought a range of rotating tables to showcase key concepts. Everyone had a lot of fun during group demonstrations and individual experiments involving the DIY Rotating Tank. At the end, we talked with students about how they can pursue careers in science. 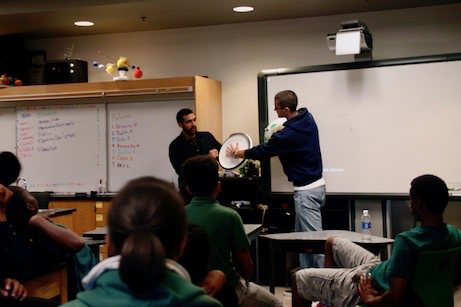 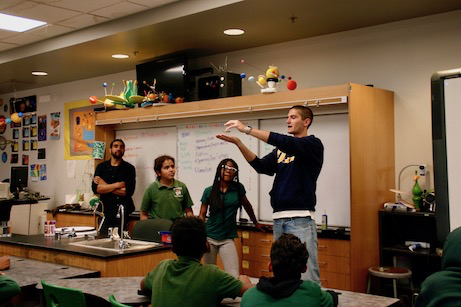 Sean and Spencer discuss how GFD can be studied using smaller scale models. Lecture slides can be found here. 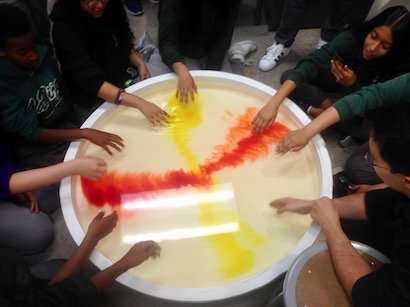 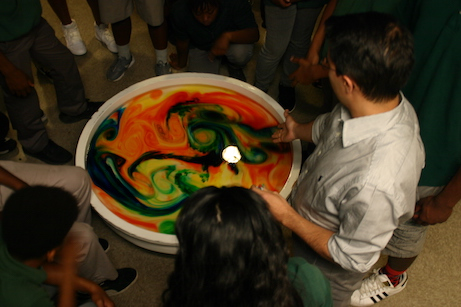 Juan demonstrates the creation of vortices using our large rotating tank nicknamed the “White Whale.” When students placed their hands in the water, vortices were mechanically generated (seen as swirling patterns of the colored dyes). Other forms of turbulence can also create vortices. 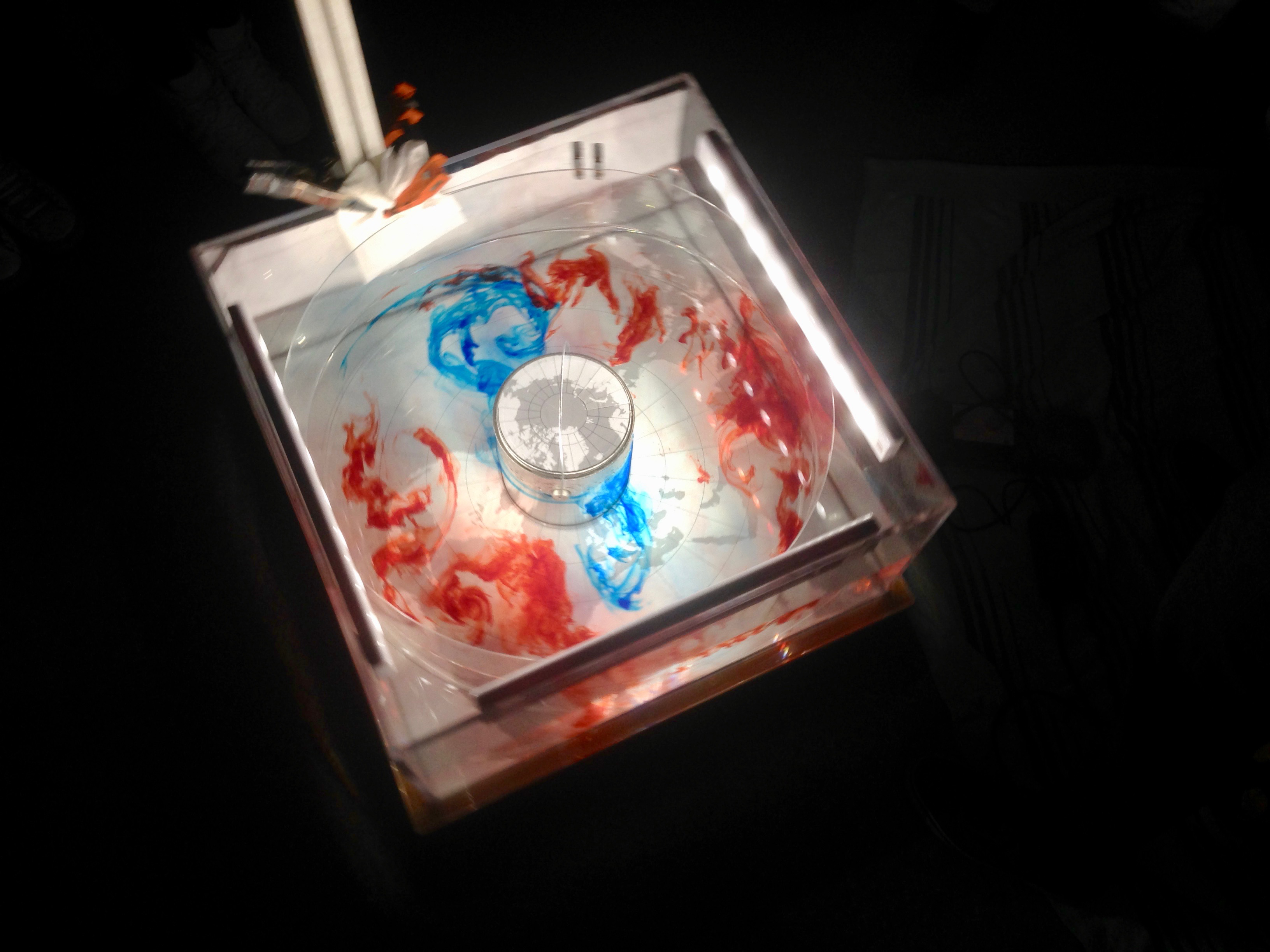 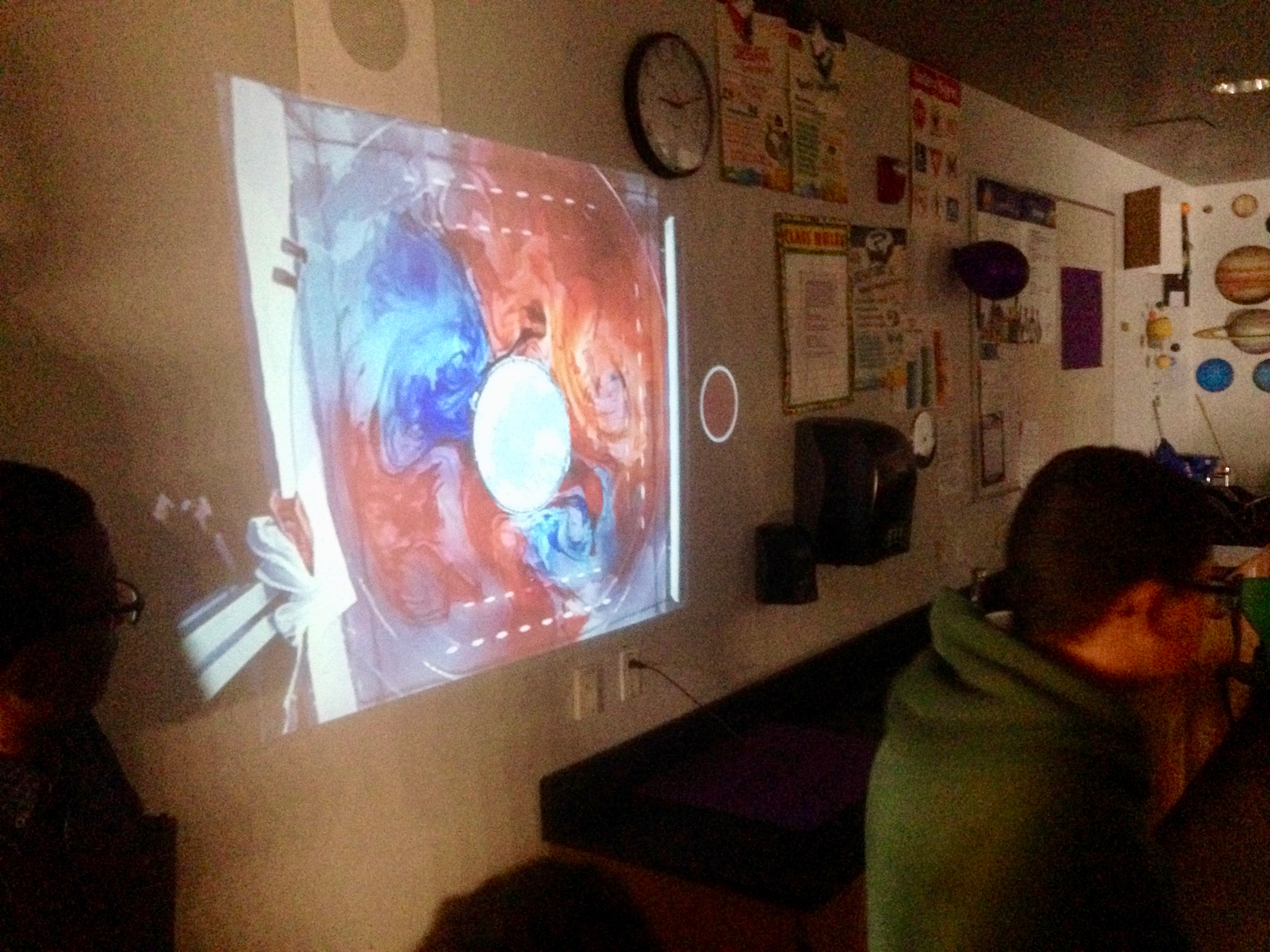 Juan provides a demonstration on the effects of temperature distributions on rotating fluids. At the center of the square tank is an ice bucket, which cools the nearby water. The resulting temperature contrasts in the water induce vortices analogous to the weather patterns of the Earth’s mid-latitudes. We used a camera and projector to show the results from the rotating point of view. A video of this demonstration can be found here. 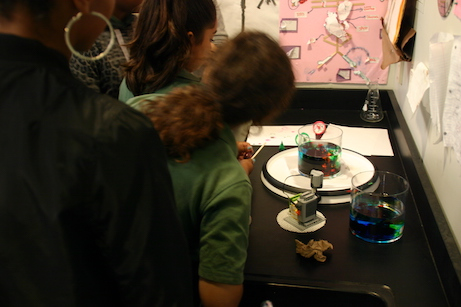 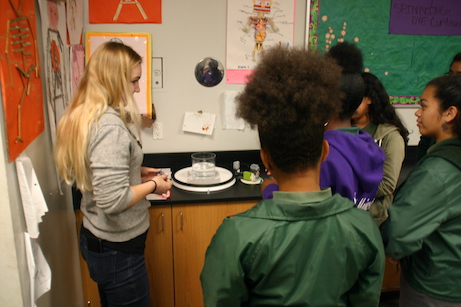 Alex and other members of the DIYnamics team guided students in using the DIY Rotating Tank to model GFD concepts. The students were able to compare the movement of dye in rotating versus non-rotating bodies of fluid. Rotating columns are analogous to the movement of molten iron in the Earth’s outer core. 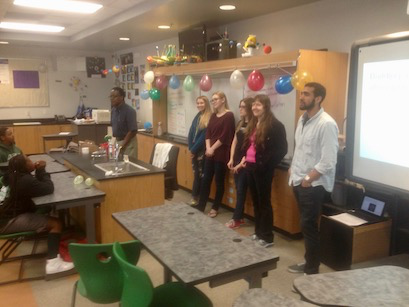 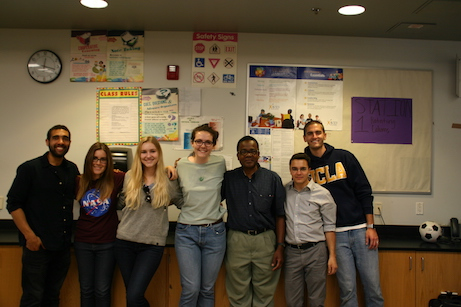 Group photos of DIYnamics team members and our host Mr. Stephenson taken during the May 12th (left) and May 19th (right) trips. It was a pleasure to work with Mr. Stephenson, and he played a large part in making the events run as smoothly as possible. This included visiting UCLA beforehand to learn about GFD and how it relates to his curriculum.