On June 13, DIYnamics’ own Prof. Jon Aurnou led an outreach event featuring our Lego-based rotating tanks at the Sierra Nevada Aquatic Research Laboratory (SNARL). Jon gave a public lecture on his research on Jupiter’s jets and performed demonstrations for before and after the lecture. The event was even written up in a full-page article in the community’s local newspaper, The Sheet. Checkout a PDF here; DIYnamics is featured at the top of page 1 and all of page 23.

Jon utilized a feature of the DIYnamics table that we hadn’t in our prior events: pouring water directly into the OXO lazy susan, rather than into a container sitting on the OXO. This utilizes the full 16” diameter surface, although because the rim is only around 1/2” tall, only a shallow layer can be attained. But this is more like Earth’s atmosphere or ocean anyways! In fact, the true aspect ratio (i.e. the ratio of how wide they are to how tall they are) of either of these is even larger — not far from that of a single piece of paper. 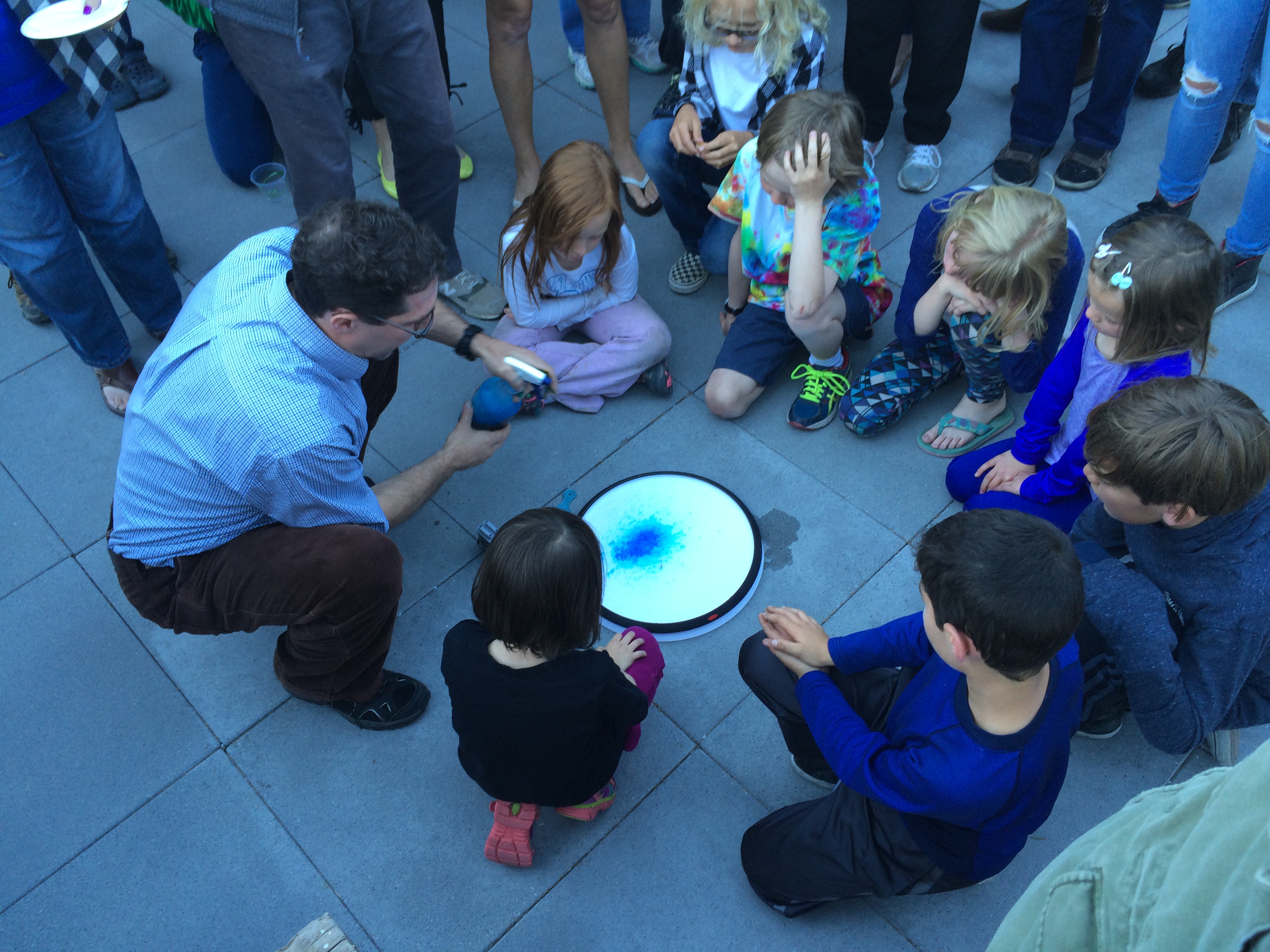 (One snag with using record players is the center nub that keeps vinyl records centered as they spin. A notch has to be machined out of the bottom of your tank, or the tank has to be sitting on something like a platform with legs.)

The whole event was a major success in Jon’s eyes, as the crowd seemed really interested in the hands-on demonstrations. “Kids loved getting to operate the table themselves. They kept playing with it until it got dark outside,” Jon said. “And they made a complete mess and asked a lot of questions -– a great sign that they had fun and learned something.” 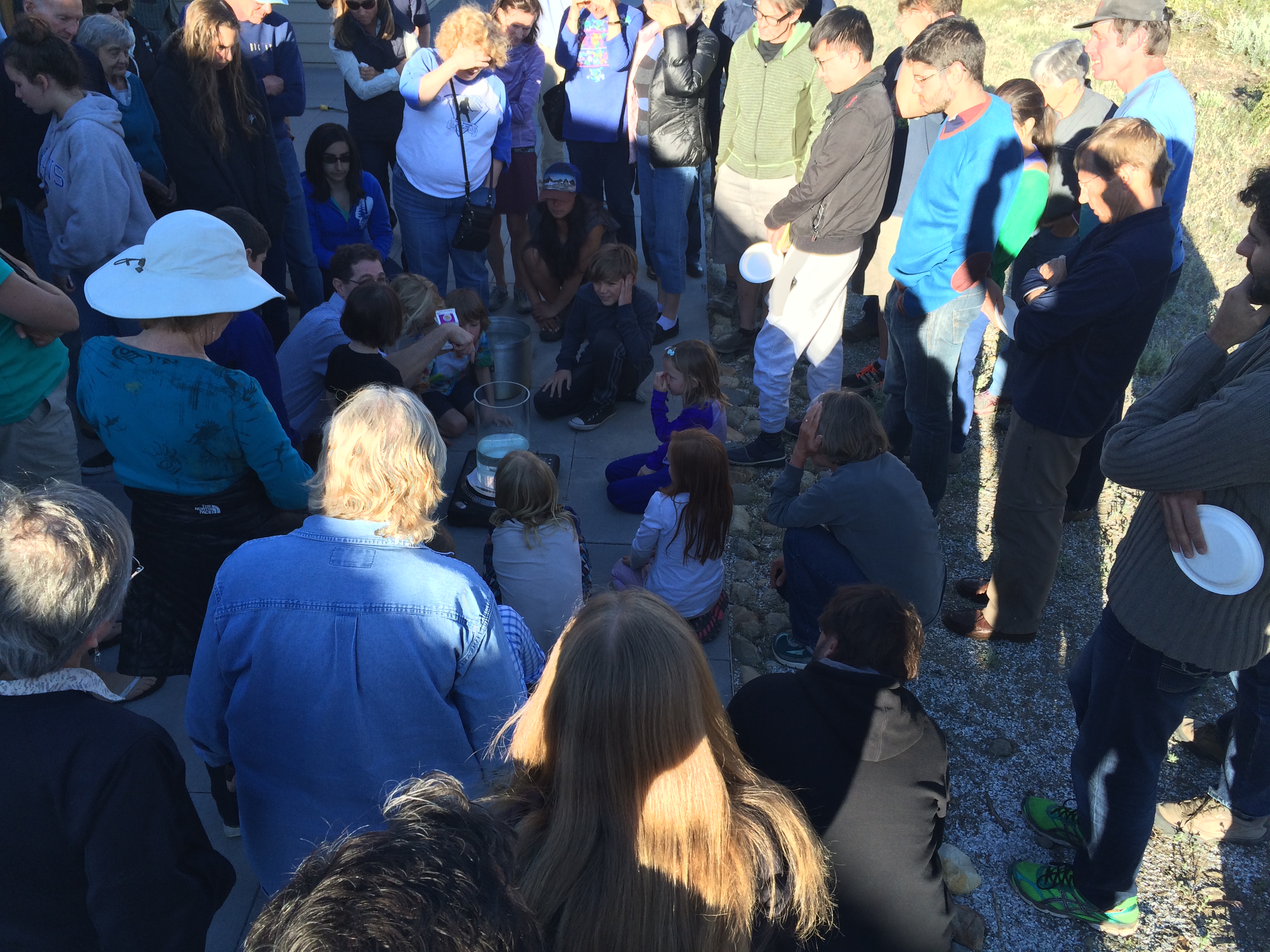 Prof. Aurnou using a turntable (a.k.a. a record player) at the same event. Turntables are another great way to demonstrate the behavior of rotating fluids. Photo credit: Abagael Giles