[Update 2019-08-05: Since this was originally posted, we have commissioned other DIYnamics users outside of our core team to write their own posts about how they are using our materials in their schools and communities. We’re calling the series Field Reports, and we’re retroactively naming Alex’s great post below the inaugural Field Report. Thanks again Alex! —Spencer] 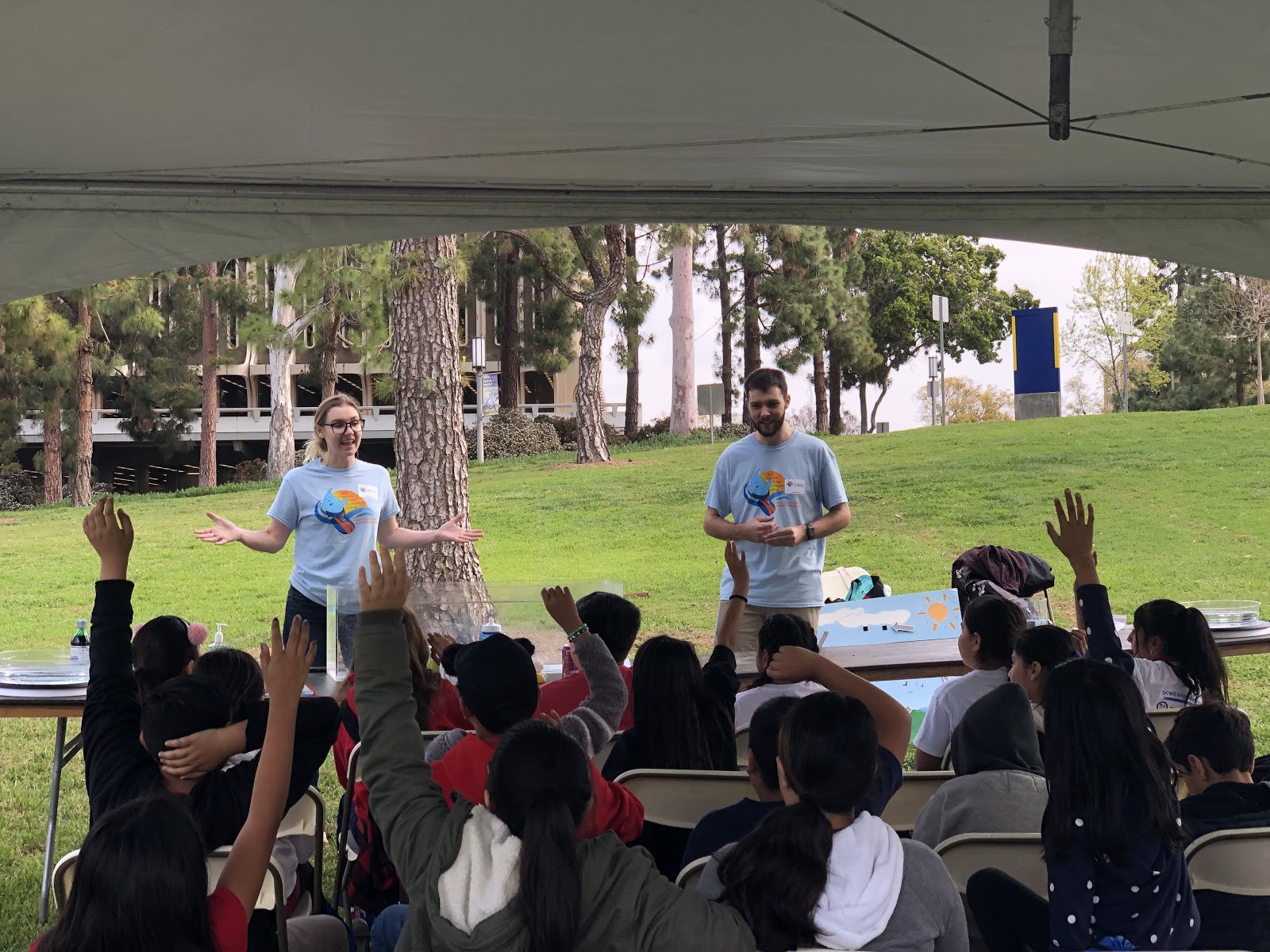 XEP, the graduate student organization for UCLA’s Atmospheric and Oceanic Sciences department (AOS), teamed up with DIYnamics for the Children’s Water Festival held at UC Irvine in late March. Over 7,500 elementary school students attended this two day event, where students learned about different elements within the water cycle through different twenty minute presentations.

This year, the focus of our demonstrations was on the Pacific Garbage Patch and the underlying mechanisms that help contribute to the growth of the patch in the ocean. We started our demonstrations by talking about the water cycle, reinforcing the point that both water and the trash that water can bring along with it can eventually run into the ocean! 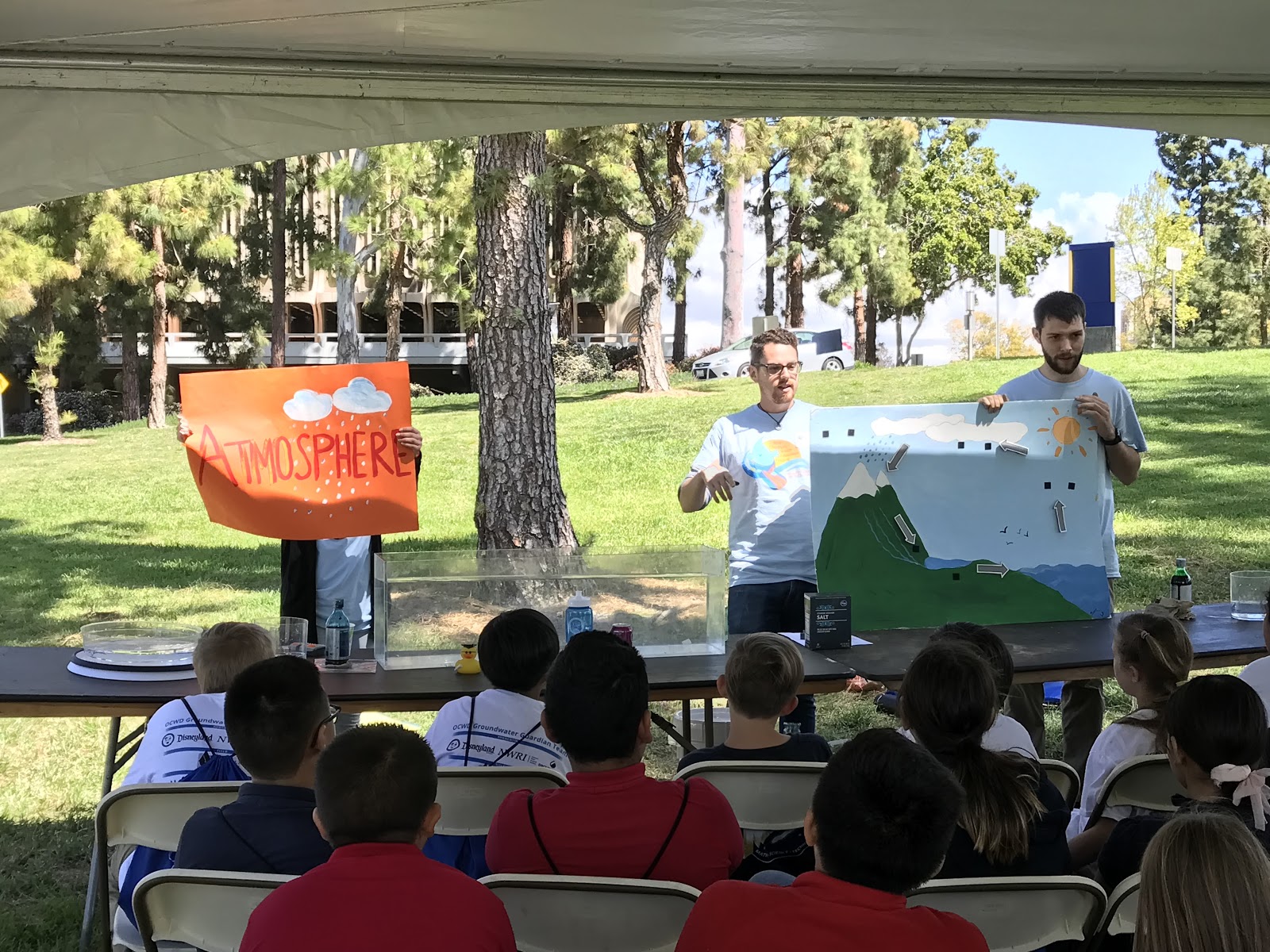 Randy, Daniel, and Ingrid talking about the components of the water cycle.

What happens to the trash once it gets into the water? Well…that depends on the material. We used a large tank with different objects to teach about density and buoyancy. Some of our objects floated above the water, some of the objects sank, and some things float within the tank —- showing that the Pacific Garbage patch is not only a problem at the very surface of the ocean. 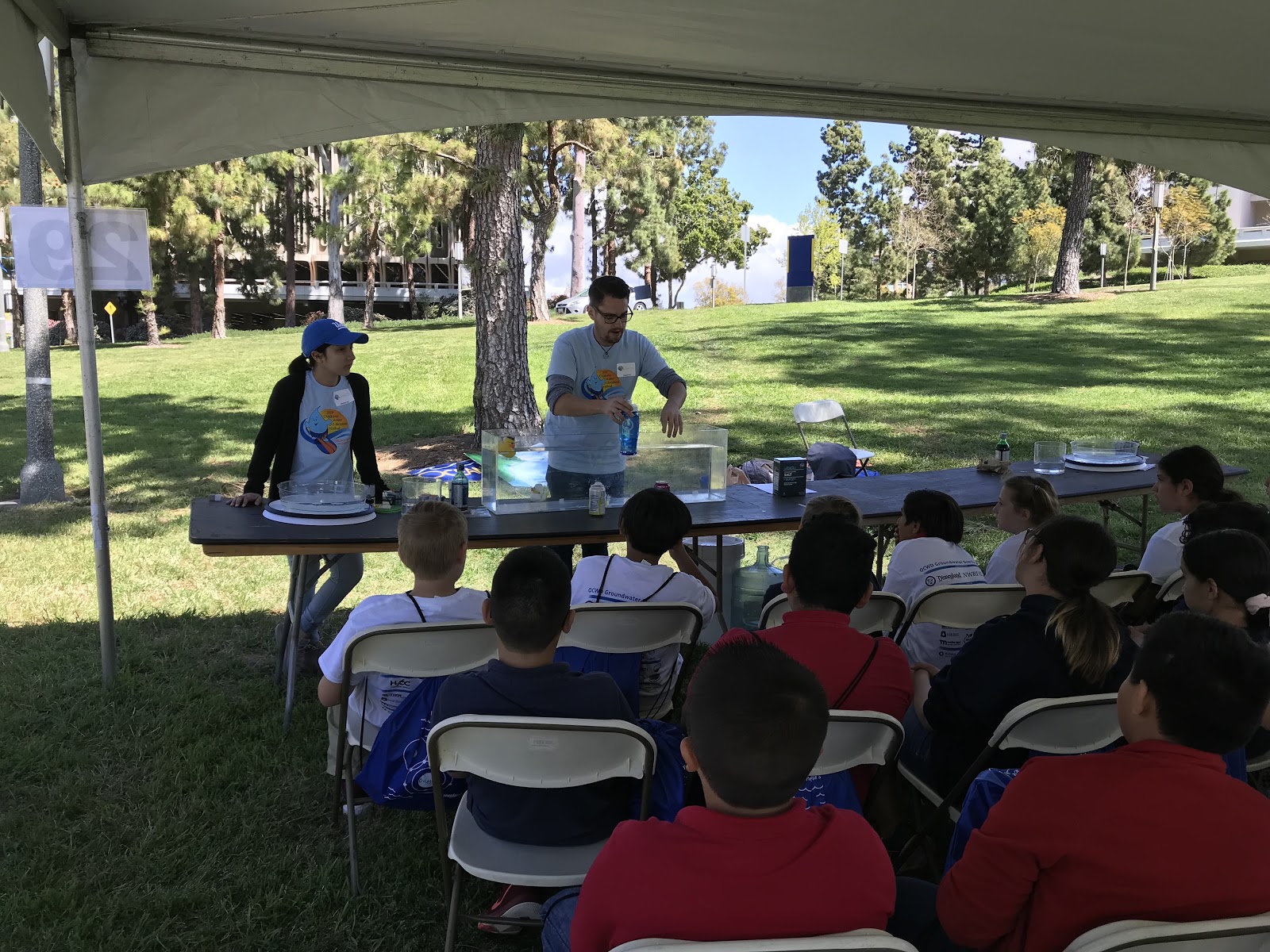 Getting ready to demonstrate some cool science!

Why is the Pacific Garbage Patch located where it is? Earth’s rotation! Here we used the DIYnamics tanks to show that the rotation of the Earth influences ocean currents, which help to push the garbage into one centralized patch. We modeled this using rotating tanks as our “ocean” and dye as our “garbage”. Without the rotation, the “garbage” was able to spread uniformly, all across the “ocean”, but with rotation the dye formed a “patch”. 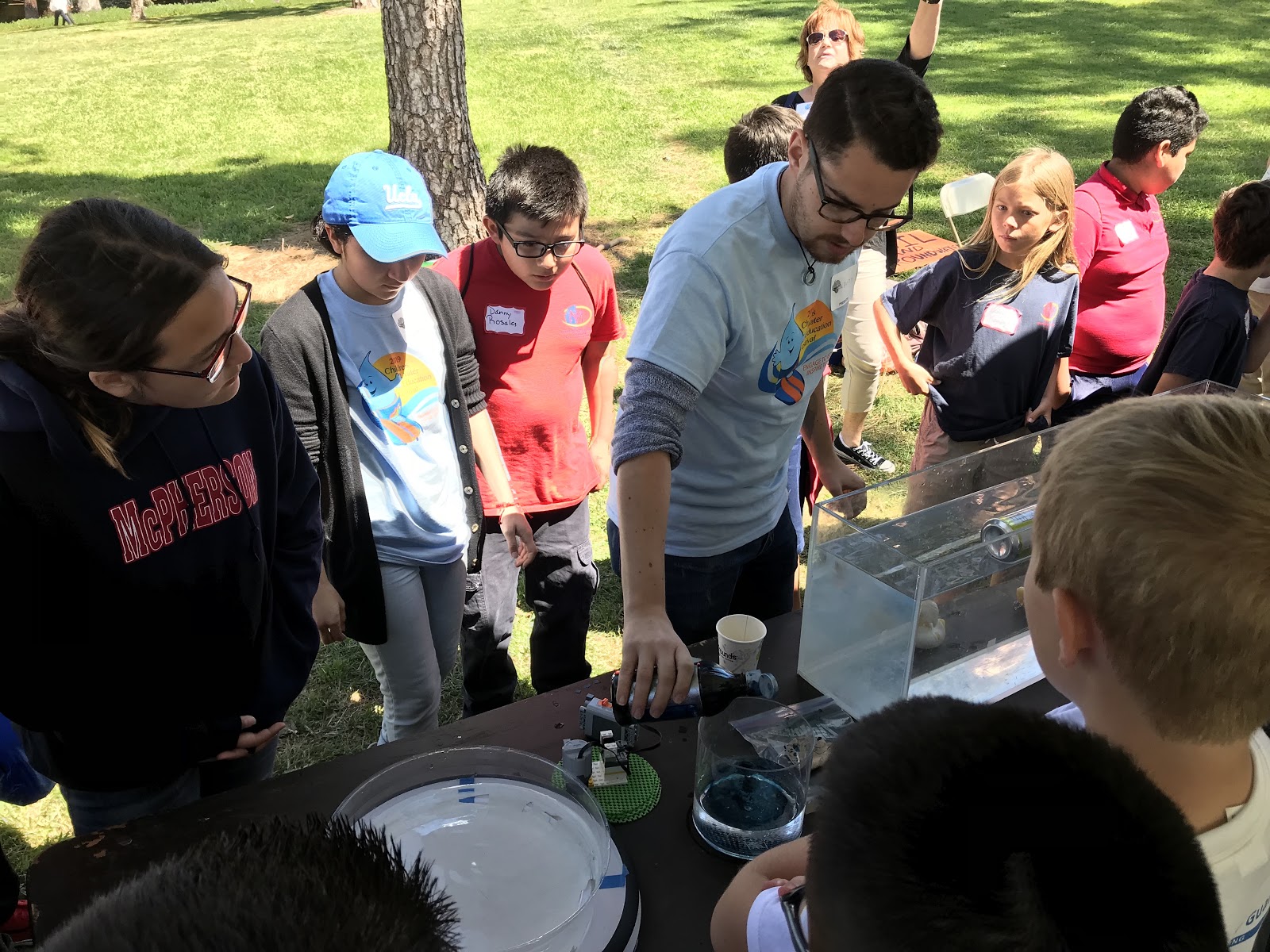 Randy pouring dye into our non-rotating tank after asking the students to make their own hypothesis about how the “garbage” would behave with and without rotation.

We had so much fun spending two days with students and teachers from classrooms all over Orange County - we can’t wait for next year! Thanks to DIYnamics for teaming up with us for this amazing event!!!