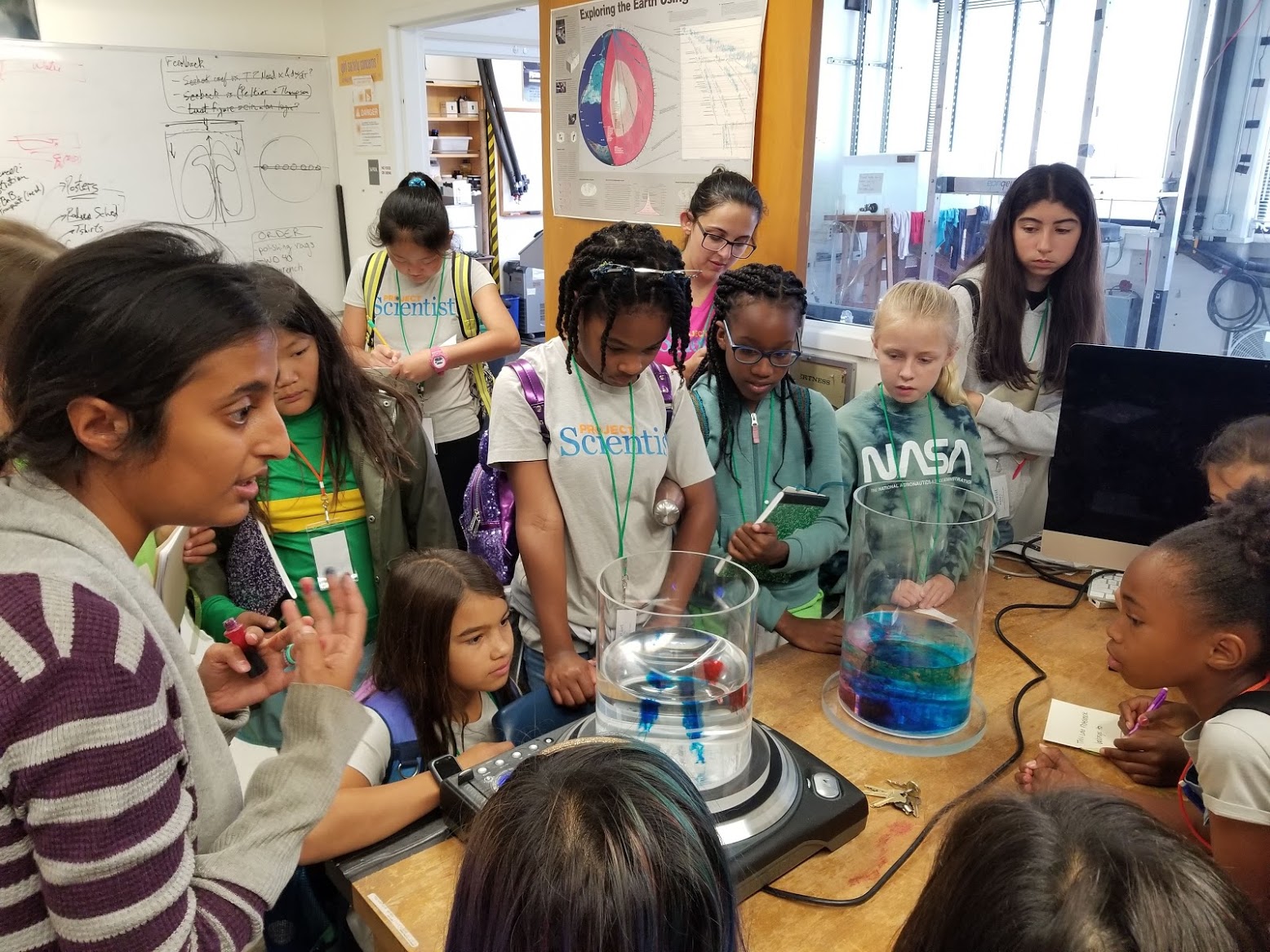 Ashna (left) demonstrates how rotation affects the shape of the surface of the water in the tank, and shows how the patterns of dye a tank develops in contrast to a tank that is not rotating.

DIYnamics made a debut in a partnership with the Society of Women Geoscientists (SWG) and Project Scientist on November 11th, 2019, at UCLA. SWG is a group at UCLA formed to support women and other underrepresented genders in the geosciences. Members and allies in the group come from the Atmospheric and Oceanic Sciences (AOS) department, the Earth, Planetary, and Space Sciences (EPSS) department, the Institute of the Environment and Sustainability (IoES), and the Geology department. Project Scientist is a community of girls and women excited about science. Their mission is to expose a diverse population of girls to high quality STEM academy that inspires confidence in their persuit of learning throughout the year.

Partnered with the SPINLab, Ashna and Jewel used common household goods, like a record player to demonstrate how the fluids on the Earth and other planets behave in the presence of rotation. 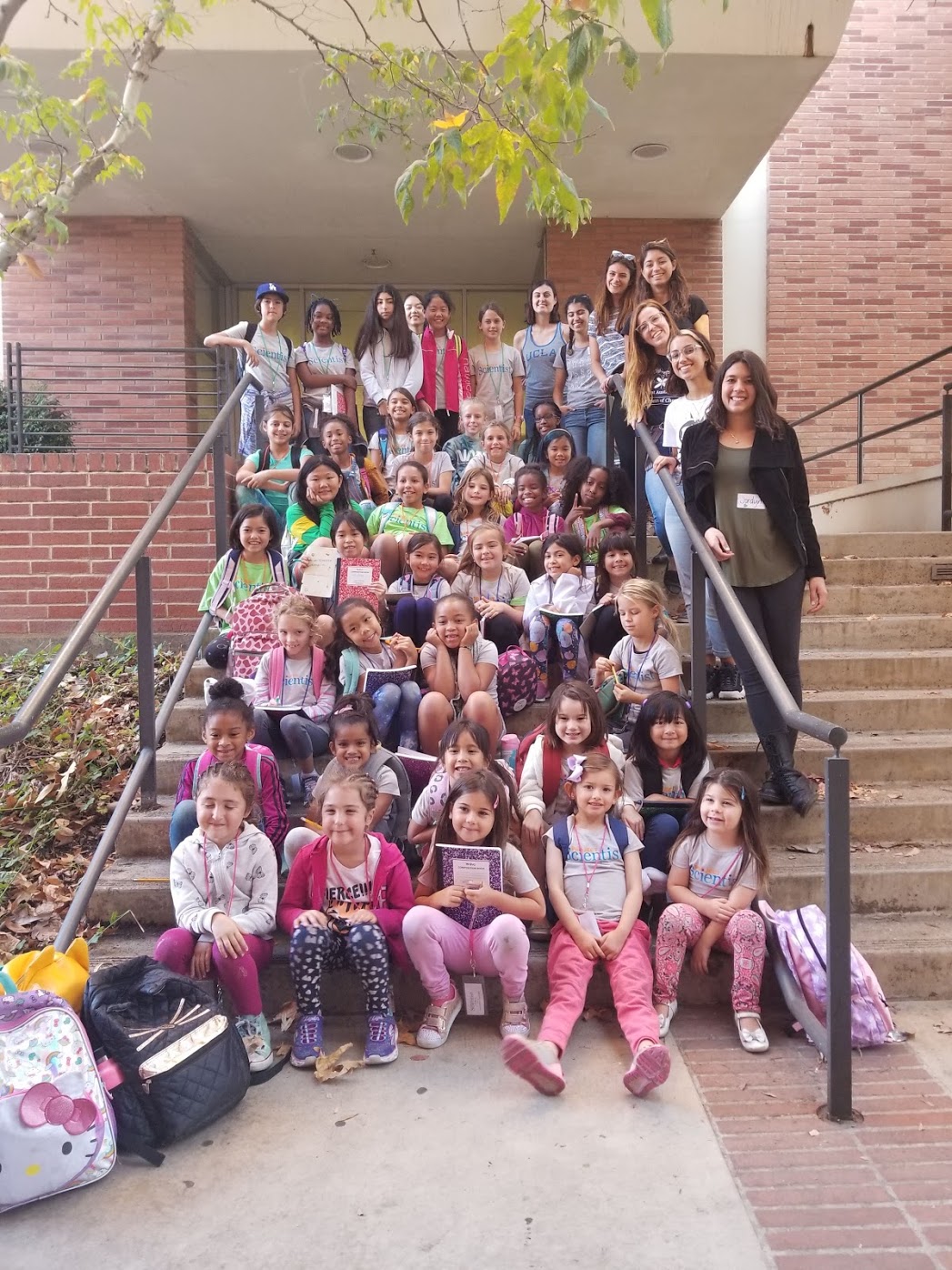 Some volunteers from the Society of Women Geoscientists (SWG) with the girls from Project Scientist. The girls joined us for experiences in SPINLab —- where DIYnamics was born —- ranging from understanding how rotation changes how fluid flows the to seeing how ozone is formed in the atmosphere, to coding eddies and vortices moving around in a channel. SWG was happy to support and meet our future colleagues!

The future scientists who visited UCLA were between the ages of 4 and 12, and we were so impressed by their questions about how the earth works, and their ideas for more experiments that we can run using these rotating tanks! We hope to expand our demonstrations next year to include building the DIYnamics kits and run more hands on experiments with Project Scientist next year!