[Note from Spencer: This post is part of our ongoing Field Reports series, where DIYnamics users across the country —- and in this case, the world(!) —- share how they’ve used the DIYnamics kit and materials in local communities. ]

“How can I describe hurricane dynamics in rudimentary Spanish?” This was one of the questions I asked myself a few weeks ago while giving a virtual demonstration of some DIYnamics experiments in (limited) Spanish to the fifth and sixth graders at the Colegio La Esperanza. The Colegio is a kindergarten and primary school in the La Esperanza Colonia of Tijuana, Baja California, Mexico. Sited at the top of a hill about nine miles south of the San Diego border, the school was founded in 1989 by the non-profit Americas Foundation with the goal of creating a social institution in an unorganized and unincorporated yet highly populated area. The school’s curriculum has a strong focus on the arts, and the Foundation works with volunteers and other nonprofit organizations and schools in both San Diego and Tijuana to stage cultural events and educational programs across the border region. 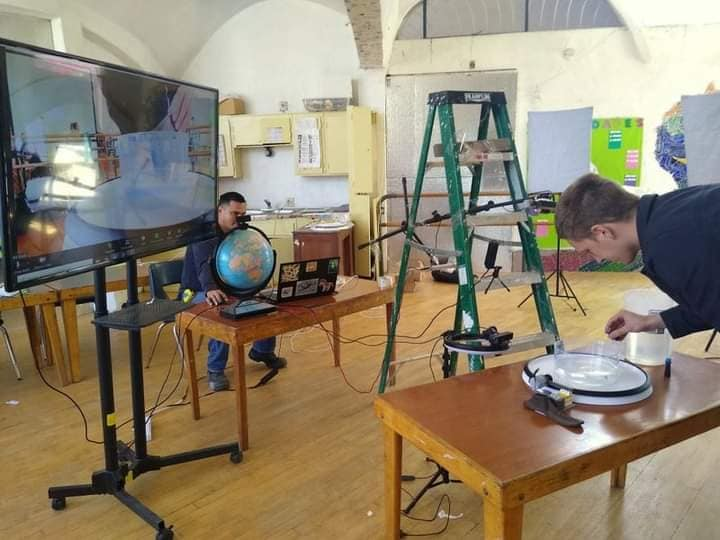 I met the director of the Americas Foundation, Christine Brady, at a virtual reunion event for Princeton alumni last year —- Christine graduated from Princeton with a physics degree, and I did my Ph.D. there. We stayed in touch over the past year, during which the Colegio transitioned to remote learning in response to the COVID-19 epidemic. It’s been a very difficult time for the Colegio, as many students live in households without running water or electricity. Christine has led several funding drives to get wireless-enabled cell phones for all the students who needed one to follow along in Zoom classes. 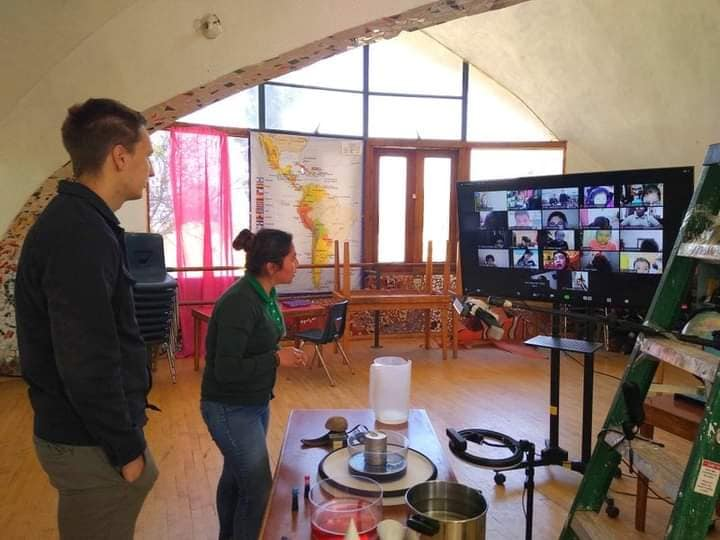 Answering questions after the demonstrations with Profesora Lorena.

The DIYnamics experiments seemed like a fun way to teach the students a little bit about how the atmosphere and the ocean work, so I reached out to the DIYnamics team, who very kindly donated two of their LEGO-based tables to the Colegio.

On the day of the demonstration, the Colegio moved the filming equipment they use for virtual demonstrations to the ecology classroom, where I was frantically building Legos (class with the fifth graders started an hour earlier than I expected). With Profesora Lorena helping to explain the experiments and Profesor José-Luis manning the cameras, we showed the kids Taylor-Proudman columns and then how fronts develop. Using two cell phones, we had a top-down view and a cross-section, so we could see the dye trapped in columns or watch the swirling eddies from above. 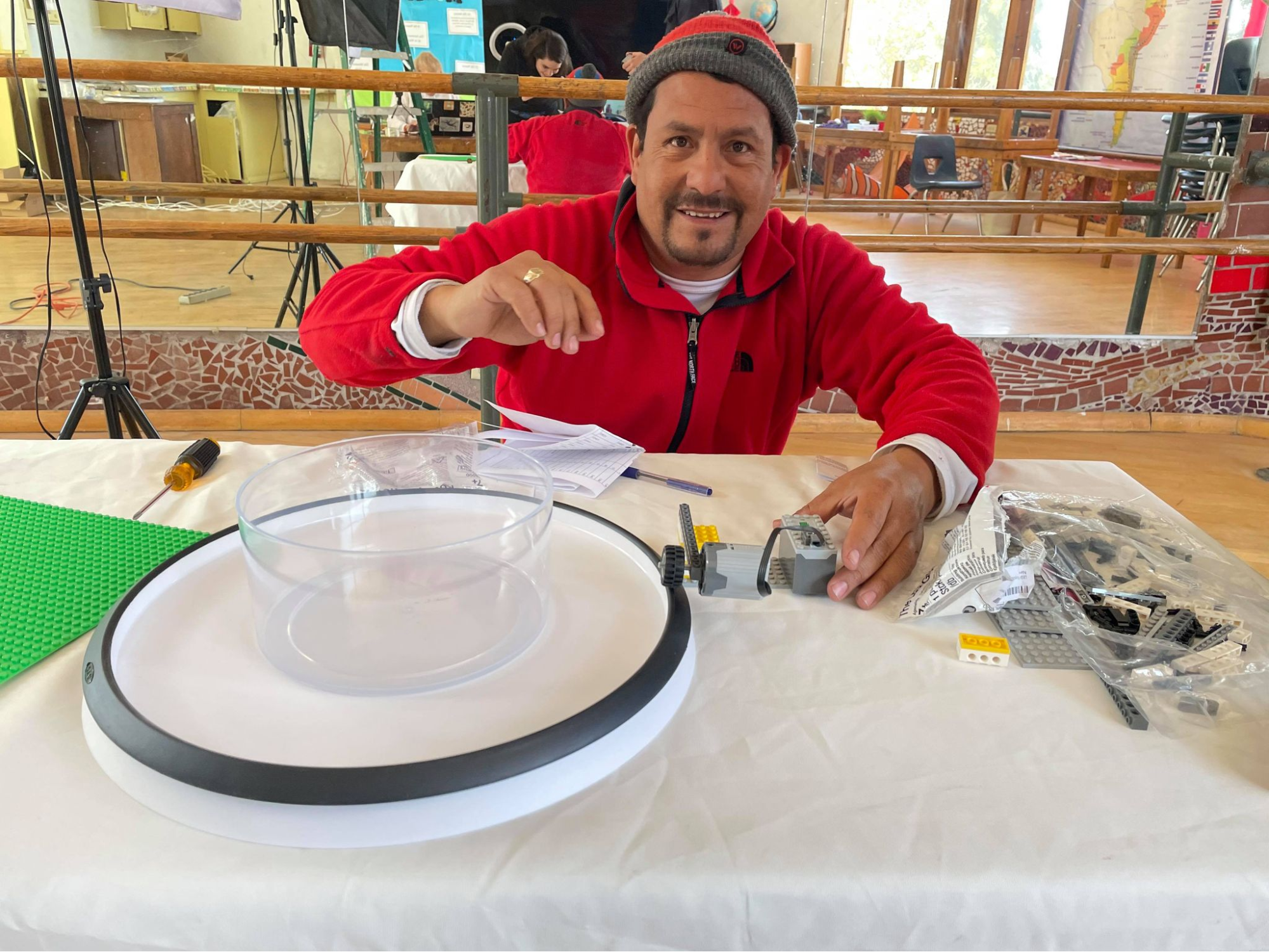 José-Luis playing with the rotating tank before class

It’s always hard to get feedback over Zoom, but the kids seemed to really enjoy the demonstrations. The sixth-graders in particular asked lots of questions — about weather and the oceans, about how hurricanes and storms work, and about what it’s like to be a scientist. There were also questions that were harder for me to answer about the kinds of animals which live at the sea-floor and how long sharks live. The teachers were also thrilled when they learned that the kits are staying at the school. My only regret was that I didn’t spend more time beforehand looking up meteorology terms in Spanish.